I am an experienced guitar and bass player who has been involved in music since the age of 8. 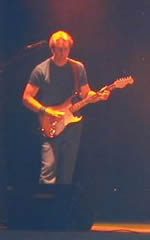 I started out learning the violin and within 2 years was accepted into the Edinburgh Primary Schools Orchestra. Although we were only little, we played at major venues including the Usher Hall and Yehudi Menuhin School in Edinburgh.  I also learned to play the guitar and piano, more for my own amusement.  It was mainly through playing the violin that I learned music and also aquired my grades. 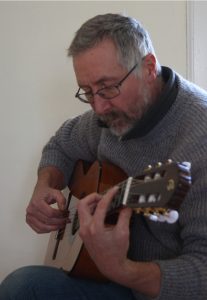 At secondary school, I continued with  the violin at school and was leader of my school orchestra at 15 (The Royal High School, Edinburgh). I played in the Edinburgh Secondary Schools Orchestra and performed concerts every term with both of these orchestras at venues including the Usher Hall and Yehudi Menuhin School and as far afield as the Palazzo Vecchio in Florence, Italy.

Through my school years, I also played the guitar and piano and even sang in the choirs (when they let me).

On leaving school my focus shifted to the guitar and I formed my first band at 18.  We played mainly rock’n’roll.  I composed about half of the songs we played.

Since then, I have played guitar and bass (and occasionally keyboards) in a number of bands, mainly functions bands and tribute bands.

These days, my passion is flamenco guitar.